From his understandings of the ways of living Nature and his experience as an engineer, Viktor Schauberger came to the assessment that cultivating the soil with copper implements would be more beneficial to the Earth and lead to healthier plants. In his writings, he listed several reasons for this.

Primarily, he believed that using iron or steel implements to work the soil was detrimental. Everything in Nature is in movement, moving towards either growth or decay. If metallic iron is exposed to the weather it will rust and decay in a relatively short time. He could not see the logic of trying to encourage plants to grow using a material that is in a process of decay. Copper, on the other hand, is much more stable. Nuggets of metallic copper have been found in the Earth. It is not antagonistic to the Earth, is not in a process of decay. (In fact, it actively resists harmful bacteria. More about this on the copper page of this site.)

Secondly, he believed that on planet Earth, growth occurs in cooling conditions, in the medium of water; and decay occurs in conditions of warmth: the medium of fire. That is why compost heaps get hot. The heat encourages the constituents of the heap to break down, to be accessible for the next cycle of growth. Iron has greater frictional resistance than copper. This means that as an iron or steel ploughshare is dragged through the soil it heats up. Copper and its alloy, bronze, are smoother than iron, so the tool stays cool as it moves through the soil.

And thirdly, iron is a sparking metal. A spark is a discharge, a loss of energy. Viktor Schauberger believed that as the groundwater makes its way to the surface, it acquires a weak electrical charge. This charge is part of what nourishes the plants. Using iron tools depletes the groundwater of this charge, leaving less for the plants. Copper is a non-sparking metal, so there is no loss of energy in this way.

In the late nineteen-forties he collaborated with an academic from Salzburg to institute some field trials to test this idea. They grew a range of eight crops over fourteen trials, cultivating each test plot half with a copper-plated plough and half with a conventional steel plough as a control. The results were consistent. The crops cultivated with the plough with copper ploughshares had larger, healthier yields and fewer pests.

Despite the success of the trials, for various reasons he was not able to go into commercial production.

Viktor Schauberger, forest warden, natural scientist and inventor, made many related discoveries in various fields including forestry , agriculture, hydraulic engineering, water refining and Free Energy on which he left a comprehensive collection of works. For decades, the Villa Rothstein  in Engleithen near Bad Ischl in the Salzkammergut region of Upper Austria has been the domain of all this continuing research

Viktor Schauberger’s archive had originally been maintained by his son Walter Schauberger, a mathematics and physics graduate, and is now administered by the immediate family. Walter Schauberger was deeply involved in the further teaching and researching of his father’s discoveries which were based on acute observations of nature; and he brought these perceptions into accord with harmonic theories of Pythagoras and Johannes Kepler. 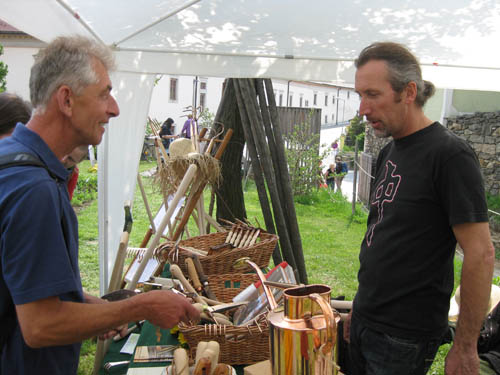 In 1995 Johannes Stadler implemented the ideas of Viktor and Walter Schauberger and in cooperation with the association PKS (Pythagoras Kepler system as Viktor and Walter Schauberger – “Society for the Promotion more natural technique” (www.pks.or.at ) and the blacksmith Franz Höfler.  He started the  distribution of a small edition of hand-crafted garden tools made of solid copper alloy.In 2008, after the retirement of Franz Höfler, the know-how with the production tools and molds was handed over to Johannes Stadler and his team. Thus, the long-term quality assurance and further development of the “PKS garden tools made of copper” could be guaranteed. The company name PKS Bronze was introduced. 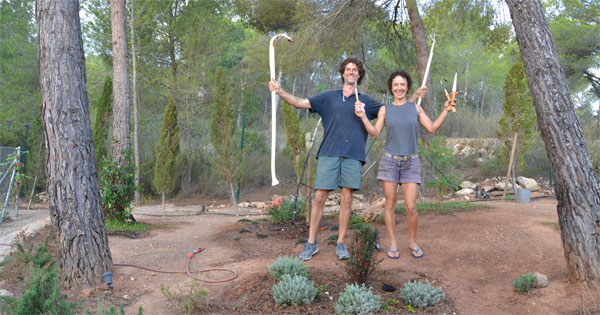 Man has employed copper alloys to make gardening tools ever since he began to use the metal. Copper was only supplanted as a metal to produce tools and weapons with the advent of iron and steel smelting.

For centuries developed societies such as the old Chinese empire forewent the use of iron for working the soil, preferring bronze.

The concept was taken up once again and examined in 1950 by the Austrian bioengineer Viktor Schauberger. Several large-scale planting experiments were carried out under his direction and documented a significant improvement in quality and yield where soils were worked using copper alloy tools.

Viktor Schauberger drew the conclusion that iron produces negative effects in the garden earth. He came to the realisation that wear on iron tools leaves behind iron particles in the earth which oxidise to form soil rust causing the soil to dry out. For this reason iron is substituted with a copper alloy (bronze) in the production of PKS gardening tools.

Only high quality raw materials are used in the manufacture of PKS garden tools which are worked according to old traditional methods. All bronze parts are forged by hand. 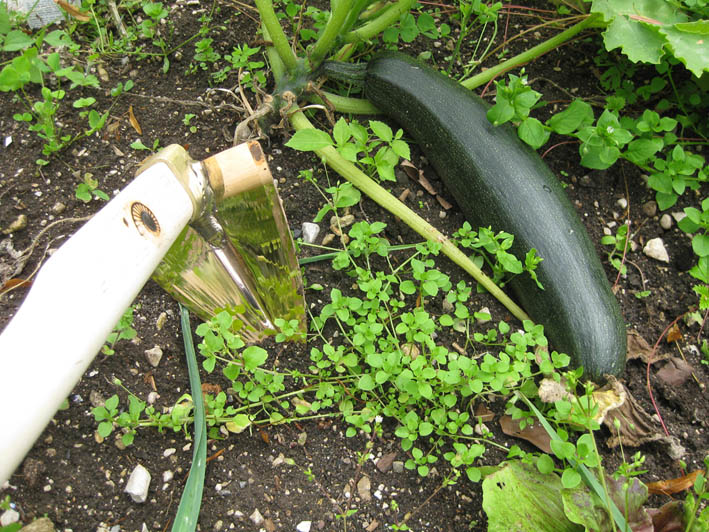